Who's Who: The Definitive Directory Of The DC Universe (usually referred to as Who's Who) is the umbrella title for a number of comic book series which DC Comics published to catalogue the wide variety of characters in the DC Universe. Who's Who was DC's answer to The Official Handbook Of The Marvel Universe, which was published a few years earlier (1982).

The series first run began one month before the 12-issue limited series Crisis On Infinite Earths began, and therefore it is of interest to note that the earlier issues discuss pre-Crisis versions of the characters, whereas issues released subsequent to the conclusion of COIE discuss the post-Crisis universe. For example: While both The Flash (Barry Allen) and Supergirl died during COIE, the Flash's death is not mentioned as issue #8 predates his death, but Supergirl's death is recounted 14 months later (in #22). 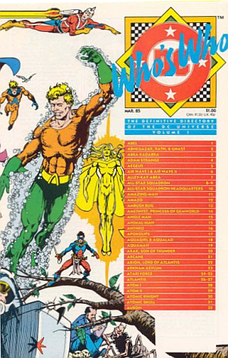 Who's Who: The Definitive Directory Of The DC Universe #1 (March 1985)
Various updated versions of Who's Who have appeared over the years:


Both books featured new entries and revised entries for characters in previous volumes, as well as an appendix which included minor updates and corrections for previous entries.
In 1989, most of the DC annuals released that year included Who's Who entries. Some of these were revised versions of entries in the regular Who's Who series, but there were several new entries, particularly for supporting characters. 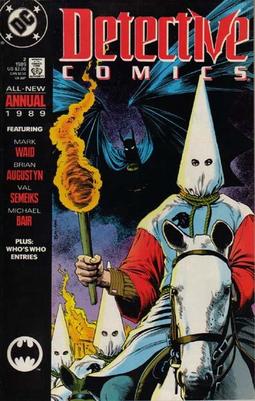 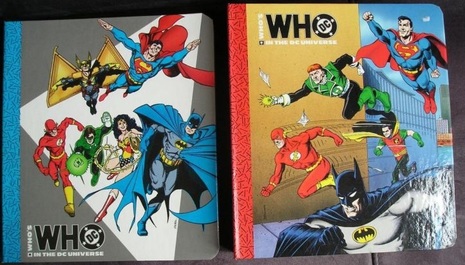 During the period from the late 1990s through the end of the 2000s, Who's Who was replaced with Secret Files and Origins, a series of one-shots devoted to particular characters or events in the DC Universe and which feature Who's Who-like profiles. 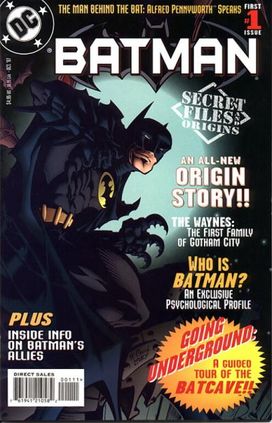