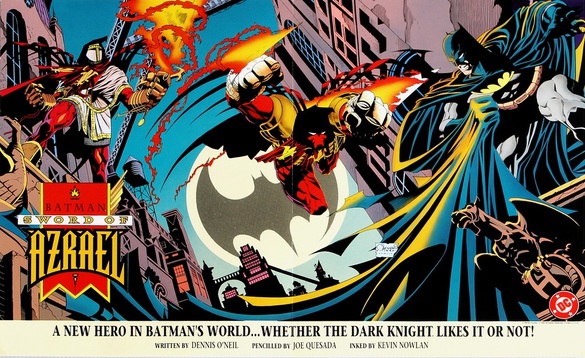 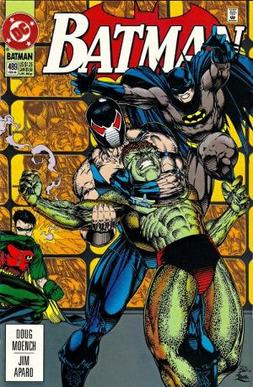 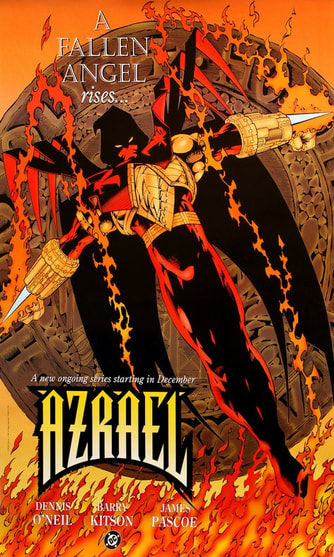 Starting with #47 (December 1998), the book was re-titled Azrael: Agent Of The Bat, in an attempt to boost sales by tying the series in with the rest of the Batman family.

A lot of issues from Azrael (Vol. 1) have not yet been collected, although some issues of this run have been collected in Batman titled trade paperbacks (see below). However, in 2016 DC Comics started publishing trade paperbacks collecting the complete series, (though only one trade has been published so far; see the slideshow above for the contents of Azrael, Volume 1: Fallen Angel).
​
The following issues of Azrael (Vol. 1) were part of Batman: No Man's Land. They were originally ﻿not﻿ collected in the Batman: No Man's Land trade paperback editions, but have been included in the newer, expanded editions.
​
Azrael (Jean-Paul Valley) is seemingly killed in the series' final issue (#100, May 2003). His death went unconfirmed for several years.

In Booster Gold (Vol. 2) #10 (August 2008), a note can be seen written on time traveler Rip Hunter's chalk board reading "Jean-Paul Valley Lives!". In the following issue, another note says "Azrael comes and goes."

Azrael also appears in Blackest Night #4 (October 2009) as an undead member of the Black Lantern Corps; although at first it had not been confirmed whether it was Jean-Paul Valley or another Azrael. However, it was later revealed (in the index section of Blackest Night) that it was in fact Jean-Paul.

Jean-Paul Valley makes a cameo at Batman's funeral service in Neil Gaiman's 2009 story Batman: Whatever Happened to the Caped Crusader?, a story which is metaphysical in nature.

In The New 52, Jean-Paul Valley reappeared as Azrael in an arc of Batman & Robin: Eternal. His design was updated, with his main weapon being his sword rather than gauntlets (although he was later shown to still possess the gauntlet blades). His character, however, was essentially the same, working as an enforcer for the Order Of St. Dumas. In the comic, he defeats Bane and eventually turns on his handler and the Order to assist Red Hood and Tim Drake. This marked the first proper appearance of a living Jean-Paul Valley in the DCU in over 10 years, with previous appearances relegated to either minimal cameos or the aforementioned Black Lantern revival of the character.

Death's Dark Knight is a 3-issue Azrael story (May-July 2009) published as a tie-in to Batman: Battle For The Cowl. Here, Michael Lane is introduced as the Order Of Purity's new avenging angel, Azrael. 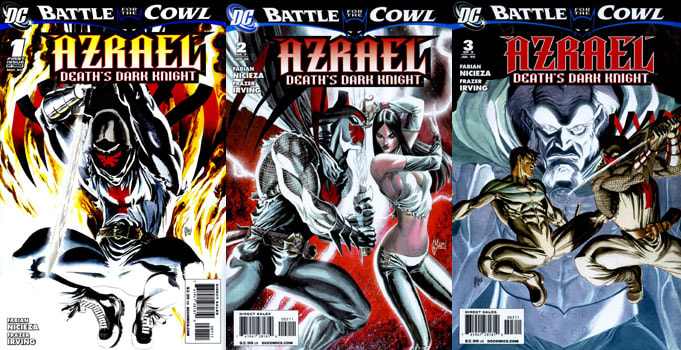 ​Death's Dark Knight was followed by The Eighth Deadly Sin, which was published as a two-part crossover in Batman Annual #27 and Detective Comics Annual #11 (in October 2009). 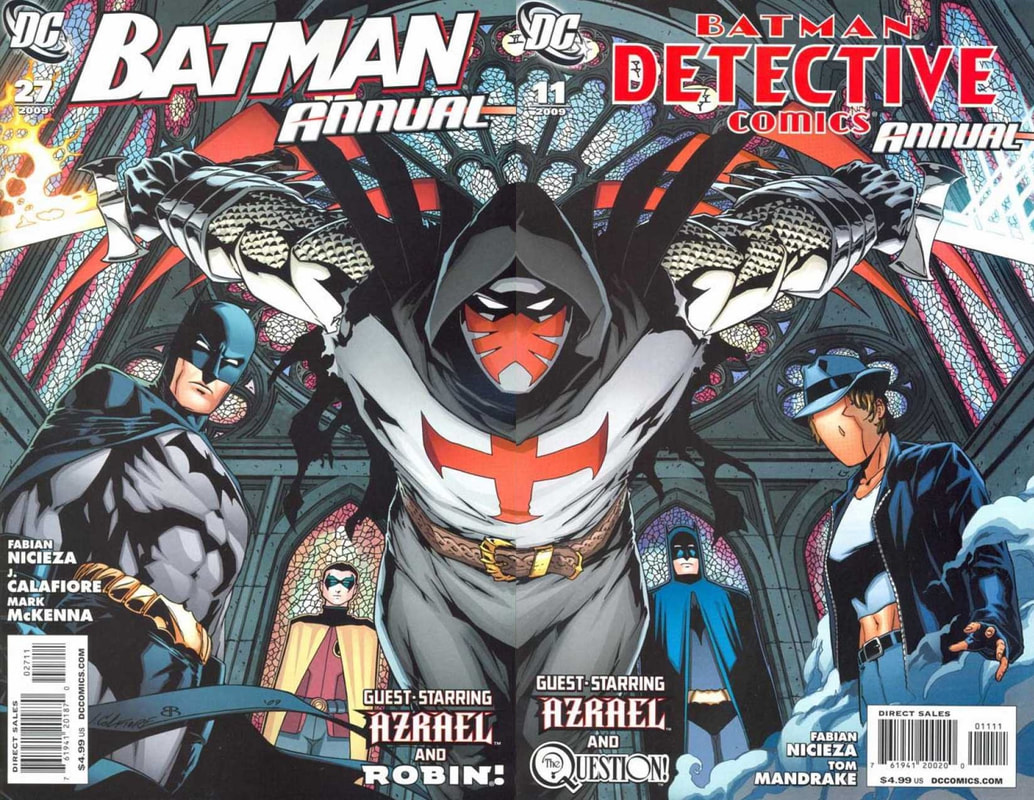 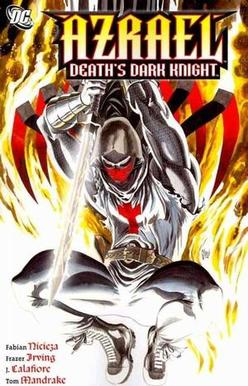 ​Azrael (Vol. 2) ran for 18 issues, from December 2009 to May 2011, although the character Azrael remained active in other series such as Batman and Red Robin until October 2011, when The New 52 started.

Azrael (Michael Lane) has appeared in the rebooted New 52 continuity.

He was originally featured in Batwoman #2 (November 2011) as a cameo, which was written before the relaunch but published after, however the art was edited in order to remove him.

​His absence from Batman's organization is explained by his choosing seclusion and daily prayer as a way of repenting for all that he did as a tool of Ra's Al Ghul and Doctor Hurt, believing himself to hold an important role in the apocalypse.