Download File
While writing for this title, writer Grant Morrison simultaneously wrote the mini-series The Return of Bruce Wayne and finished his run on the title with issue #16, before moving onto the next phase of his narrative in Batman: Incorporated. 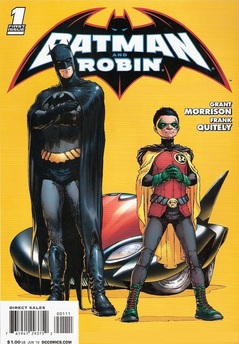 The debut of the series followed the events of Batman: R.I.P., Final Crisis, and Batman: Battle for the Cowl, in which the original Batman, Bruce Wayne, apparently died (see Batman timeline).

The conclusion of Batman: Battle for the Cowl shows Dick Grayson ascending to the role of Batman, while Damian Wayne becomes the new Robin. 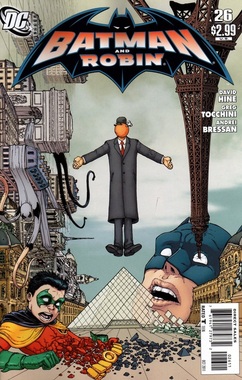 This series has been collected (partly): 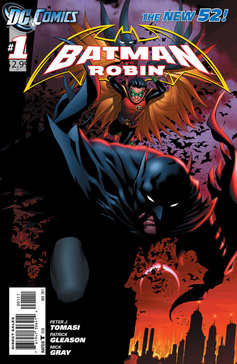 Batman & Robin (Vol. 2) #1 (2011)
DC Comics relaunched Batman & Robin with a brand-new #1 in September 2011 (see The New 52), with Bruce Wayne returning to his place as Batman.
Following Damian Wayne's death (in the pages of Batman: Incorporated, Vol. 2 #8), this book had a rotating cast of supporting characters, changing the book's name for each issue, starting with #19:


Batman & Red Robin #19 introduced Carrie Kelly - the Robin from Frank Miller's graphic novel The Dark Knight Returns - to continuity as a former tutor of Damian's who is distrustful of his disappearance and Bruce Wayne's unconvincing explanations.

After September's Villains Month issues (#23.1-23.4), the title continued with the rotating title with various supporting cast and members of Batman's rogues gallery until issue #33, when it resumed the original Batman and Robin title. 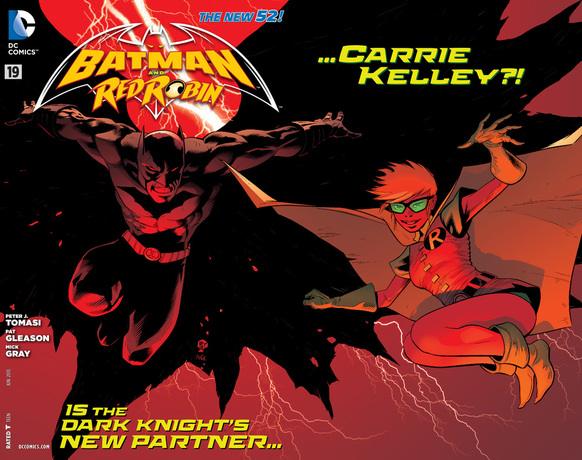