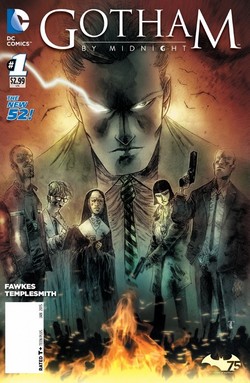 Gotham By Midnight #1 (2014)
This horror/mystery mash-up stars a special unit of the Gotham City Police called the Midnight Watch.

Led by Detective Jim Corrigan, the Midnight Watch is charged with investigating a mysterious sickness plaguing Gotham and confronting the darkest mysteries the city has to offer. In other words: they're like Gotham's own X-Files unit.

Like Gotham Central, the book features Batman and his rogues in more of a supporting capacity alongside the main GCPD cast.