The Batman Beyond concept, featuring Terry McGinnis as Batman, has appeared in various DC Comics publications.

Batman Beyond (known as Batman Of The Future in Europe, Latin America, Australia and India) is an American animated television series created by Warner Bros. Animation in collaboration with DC Comics.

Batman Beyond - depicting a teenaged Batman in a futuristic Gotham City under the tutelage of an elderly Bruce Wayne - ran for 3 seasons (52 episodes) from January 10, 1999 to December 18, 2001.

A direct-to-video feature film, Batman Beyond: Return of the Joker, was released on December 12, 2000. 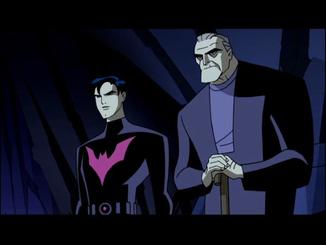 Batman Beyond In Comics

The first two issues are adaptations of the television series' first episode, featuring the origin of Terry McGinnis, the Batman of the future.

This 6-issue mini-series inspired the "ongoing" Batman Beyond series (Batman Beyond, Vol. 2), which continued where this series left off. 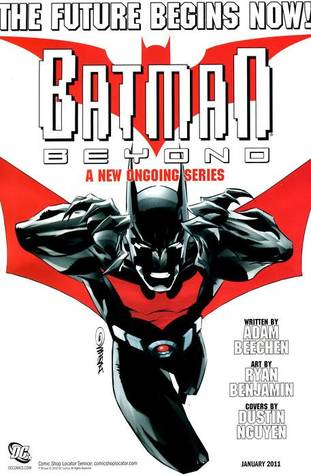 Batman Beyond, Vol. 4 ran for 8 issues, from January 2011 to August 2011.
​With the launch of The New 52, the series was cancelled, to be continued in the the digital first Batman Beyond (Vol. 5) in 2012. Two chapters would be released digitally each month, and later collected in print in the compilation series Batman Beyond Unlimited at the end of each month.

Terry McGinnis takes on the Batman cowl amid rumors that the original Joker has returned.