A selection of books on the Batman's world; its history, heroes and villains. 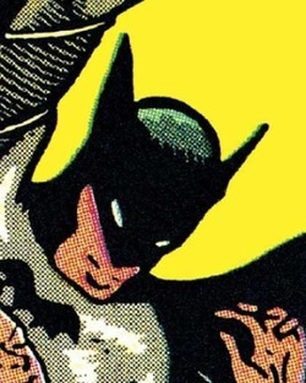 ​Offers a complete and in-depth look at the development of America's most popular superhero. The book includes removable artifacts and never-before-seen sketches, notes, and plans. 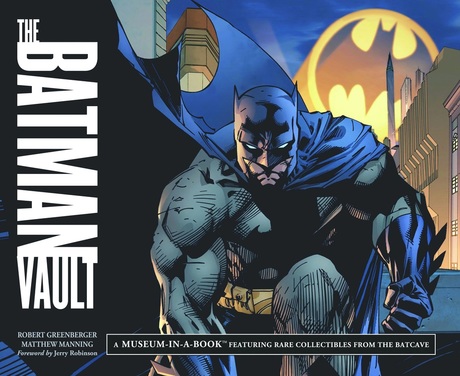 The Essential Batman Encyclopedia
The Ultimate Guide To The Man Behind The Mask...
​And The Mythology Behind The Man

A comprehensive source-book with more than 500 pages of entries (from A to Z), including illustrations. 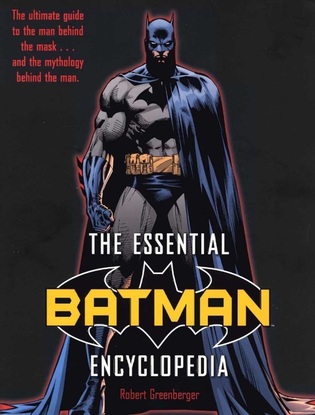 ​This book was originally published to celebrate Batman's first fifty years and came at a time when the 1989 Batman movie was to breathe new life into the character.

It chronicles the development of the character from his dark beginnings (where Batman sometimes killed in cold blood and used a gun) to the complex, brooding figure of the 1980s. 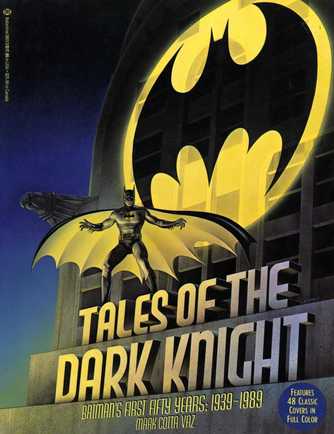 ​Unlike The Batman Vault and The Essential Batman Encyclopedia, which collect facts about a fictional character’s history, this book is written as though it were the scrapbook and journal of the character himself.

Featuring diary entries, police reports, newspaper clippings, and workout schedules, highlighted with sketches, blueprints, and illustrations from decades of comic-book history, this work covers moments of this icon’s life from birth up to the moment of his ''reinvention'' as part of  DC’s The New 52. 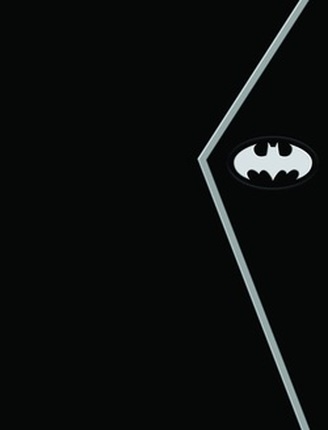 Batman
The Ultimate Guide To The Dark Knight

​For this book, writer Scott Beatty had unparalleled access to the archives of DC Comics. 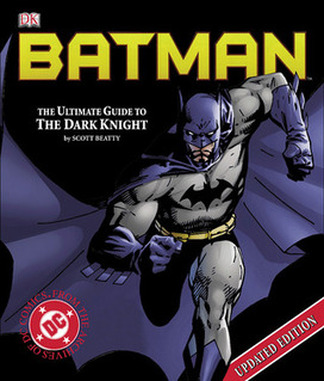 This book explores the Silver and Bronze Ages of Batman comics; from the Dark Knight's progression from his campy "New Look" of the mid-1960s to his "creature of the night" reinvention of the 1970s. Features include issue-by-issue indexes and interviews Batman artists and writers, past and present. 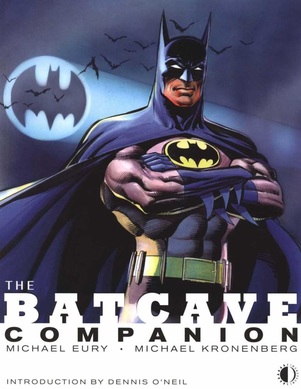 Batman
The World Of The Dark Knight 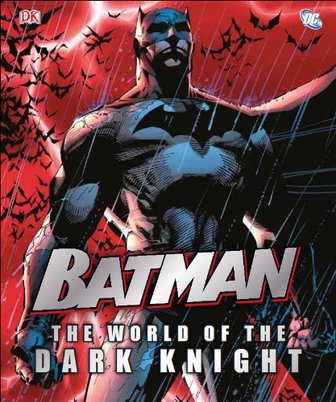 Batman: The World Of The Dark Knight divides Batman’s universe into a series of two page spreads, tracking the major figures, events, milestones, and gadgetry that have made up over 70 years of Batman comics, combining new writeups and character bios with hundreds of panels from the original comics. Starting with familiar basics like the origin story, the book touches on every comic book aspect of the Batman mythos, with pages dedicated to the technology and gadgets, the rogue’s gallery, the supporting characters, and the stories they starred in.

Packed with information and comic book art, this encyclopedia features over 1,000 classic DC comic book heroes; from well-known heroes and villains to a host of lesser-known characters. Two-page features, such as "Amazing Weapons" and "Romantic Moments," are interspersed with biographies. 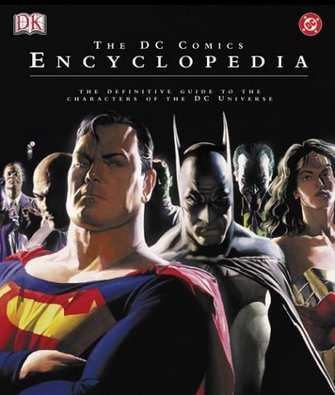 ​Following Batman from his 1939 beginnings as a crime-fighting vigilante to his present status as a worldwide cultural icon, approaching his 75th anniversary, this book celebrates Batman's greatest stories and the writers and artists that created them. The debuts of every key Batman character are featured, as well as some details of Batman movie and TV series, both live-action and animated.

With a foreword written by Frank Miller, this illustrated compendium features all of Batman's greatest stories, displayed clearly on a month-by-month timeline. 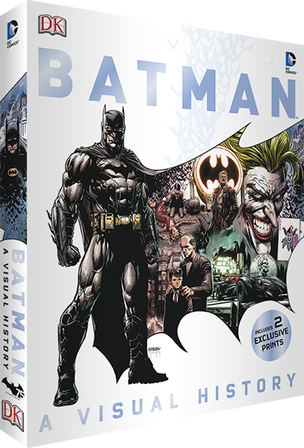 Highlighting the debuts of iconic super heroes like Superman and Batman, the geniuses that invented them, and the real-life events, like the Vietnam War, the atom bomb, and the Space Race, that shaped the atmosphere of the times, DC Comics: A Visual History follows the characters' foray into the real world through TV series and blockbuster movies. 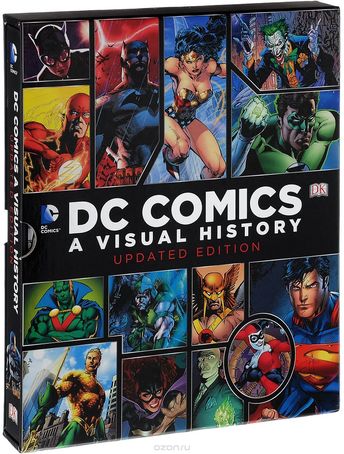 Batman: Cover To Cover
The Greatest Comic Covers Of The Dark Knight

​An oversized coffee-table book spotlighting the best Batman covers of all time. Organized by theme, you can see the Batman Family, Fearsome Foes, Death Traps, Bizarre Settings, and more in this collection culled from eight decades of the Dark Knight's exploits. 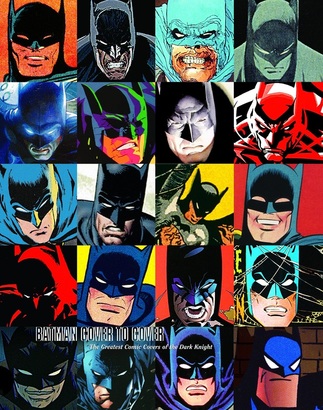 A lavishly illustrated, full-color hardcover book detailing Batman's Golden Age. This book is included in the boxed set ''The Batman Masterpiece Edition'' (see below). This classic boxed set captures the Golden Age of Batman and also contains an exclusive action figure of the early Batman and the first-ever facsimile reprint of the first Batman comic book (Batman #1).

​Originally published in 1976, this extensive volume - the first in a series - includes everything you could want to know about Batman, his allies and enemies, weapons in his war on crime and his adventures from the 1930s to the 1970s. 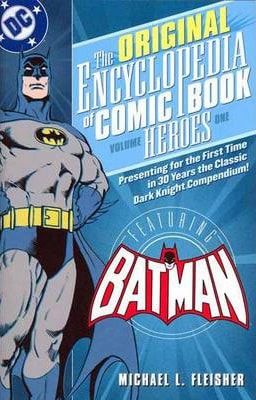 The Joker
A Visual History Of The Clown Prince Of Crime 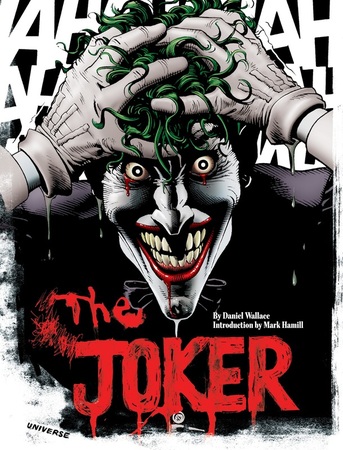 Catwoman
​The Life And Times Of A Feline Fatale

A brief history of Catwoman's many incarnations, with vintage illustrations. 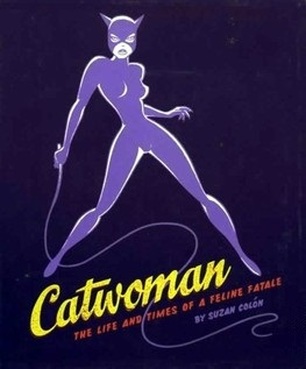 Catwoman
The Visual Guide To The Feline Fatale

​With images taken from the original DC Comics books, this book spans more than 60 years of the femme fatale's career, beginning with her first appearance as "The Cat" in Batman #1. Each oversized spread highlights a different aspect of Catwoman's world, including family and friends, weaponry, her crimes, homes, modes of transport, her catsuit, and her on-again/off-again relationship with Batman. Also included is a six-page time line that covers, in depth, all the major events of her career. 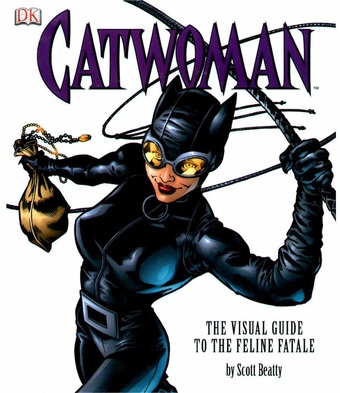 ​The Official Batman Batbook is the official guide to the 1966 television series and contains a detailed guide to every episode and the feature film. Includes obscure facts, trivia, a complete list of Holy Words, Batfight words (like Ka-Pow!), Batman's equipment and interviews with cast and crew members. This newly updated edition contains hundreds of new photos, additional facts (like cast salaries), trivia and interviews with guest stars, henchmen, crew members and the producers. 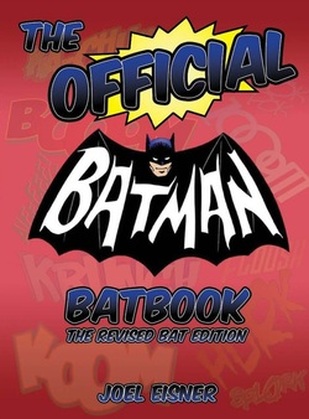 Bill The Boy Wonder
​The Secret Co-Creator Of Batman

Every Batman story is marked with the words "Batman created by Bob Kane." But that isn't the whole truth. A struggling writer named Bill Finger was involved from the beginning. Bill helped invent Batman, from concept to costume to character. He dreamed up Batman's haunting origins and his colorful nemeses. Despite his brilliance, Bill worked in obscurity. It was only after his death that fans went to bat for Bill, calling for acknowledgment that he was co-creator of Batman. 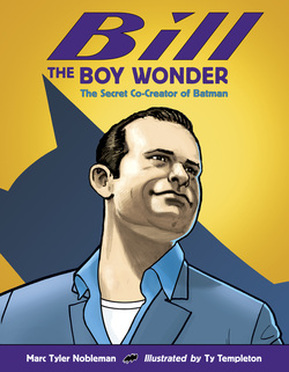 ​Explore the complete history of the Batmobile with this deluxe coffee table book. 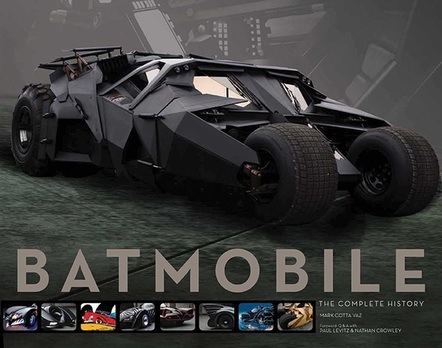 The behind-the-scenes story of the hit show that revolutionized television animation and brought a stunning new look to the legendary Caped Crusader. 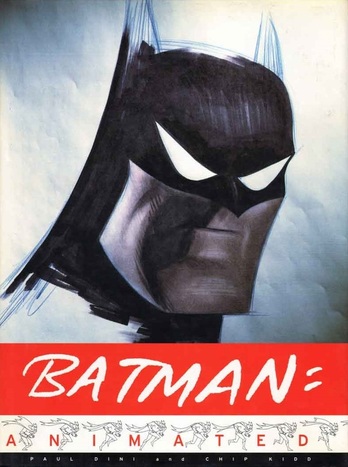 75 Years Of DC Comics
​The Art Of Modern Myth-Making

​The single most comprehensive book on DC Comics. More than 2,000 images - covers and interiors, original illustrations, photographs, film stills, and collectibles - are reproduced using the latest technology to bring the story lines, the characters, and their creators to life. Telling the tales behind the tomes is 38-year DC veteran Paul Levitz, whose in-depth essays trace the company’s history, from its pulp origins through to the future of digital publishing. 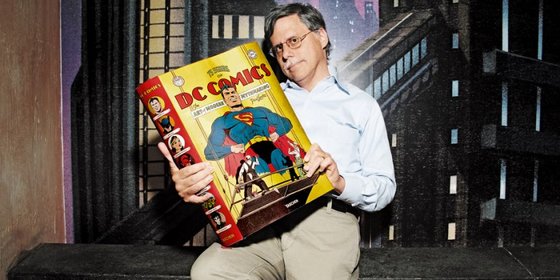 This book chronicles the early years of the comic book publisher DC and has more than 400 pages full of illustrations. The book is part of a five-volume series exploring DC history using material culled from the massive 75 Years of DC Comics: The Art Of Modern Myth-Making. This particular volume looks at the earliest days of DC. Initially, Taschen was planning to release four follow-up volumes covering the Silver Age, Bronze Age, Dark Age and Modern Age (see below), but as of March 2016 the two final volumes have been cancelled. 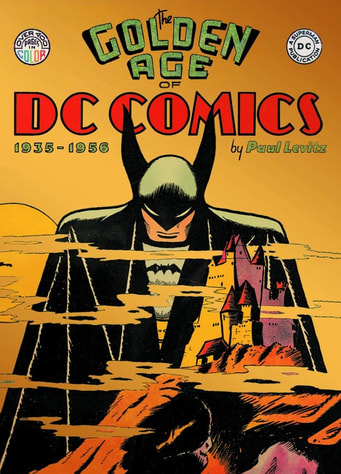 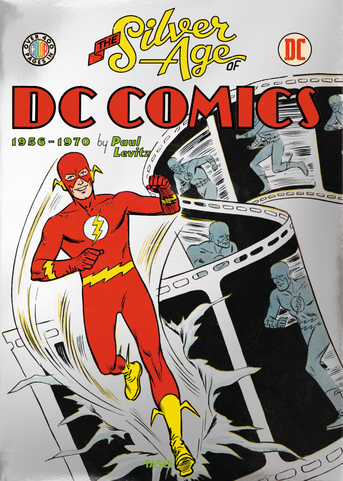 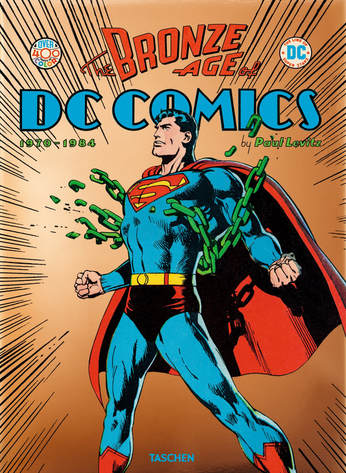 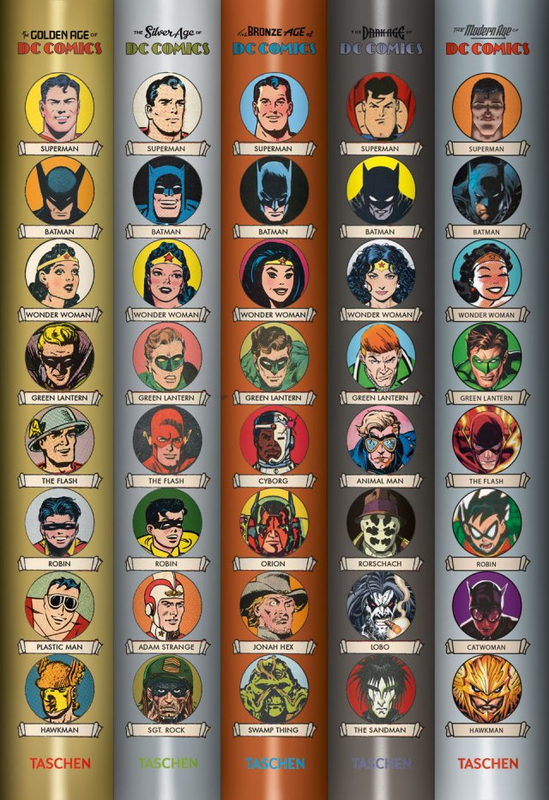