Probably the most controversial Robin.

By the 1980s, the original Robin (Dick Grayson) had largely moved on. However, with the character no longer featured in Batman comics, the disadvantages of telling Batman stories without the character to act as a sounding board for Batman became apparent; Jason Todd was created as Dick Grayson's replacement as Robin.

Though initially popular, following a revamping of his origin (after Crisis On Infinite Earths), the second Jason Todd version of Robin was not well-received by fans.

​For 1988's Batman: A Death in the Family storyline, DC held a telephone poll to determine whether or not the character would die at the hands of the Joker. However, many years later, in the Batman: Under the Hood story arc (2005), the character was resurrected, eventually becoming the second Red Hood and assuming a new role as an antihero who resembles Batman in many ways, except with a willingness to use lethal force and weapons. 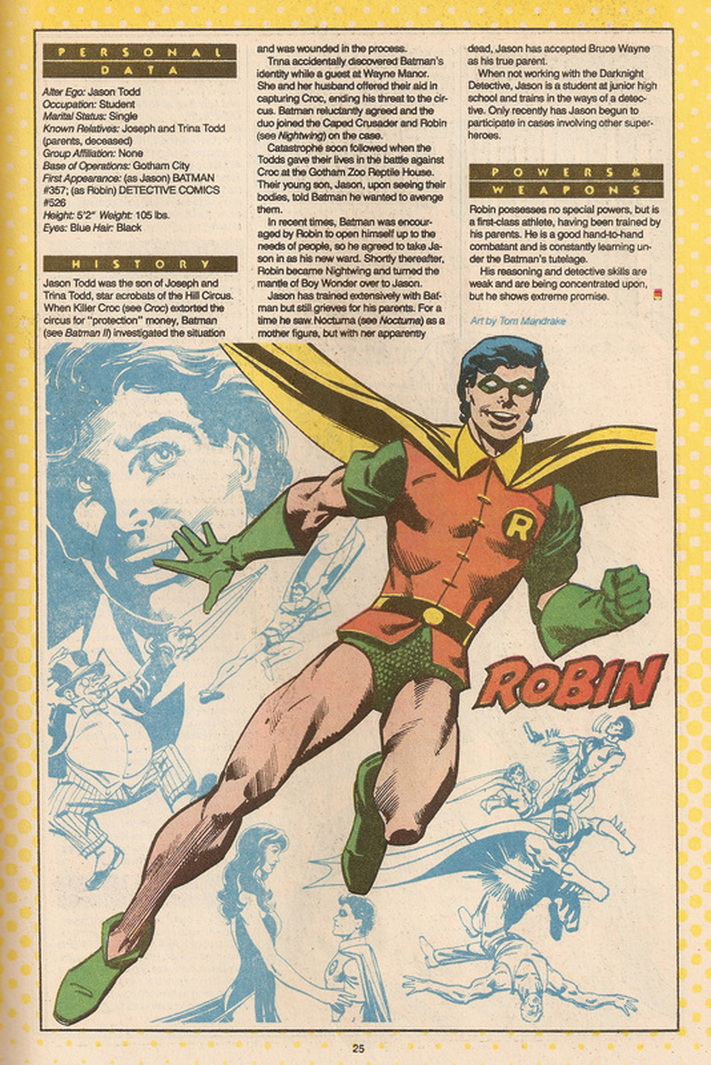 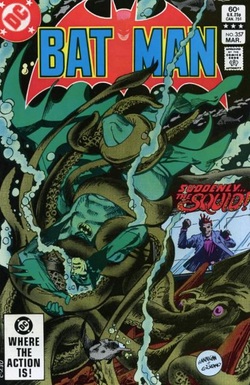 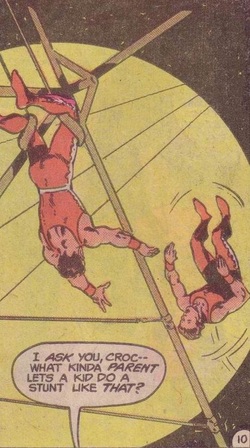 Trying on a costume 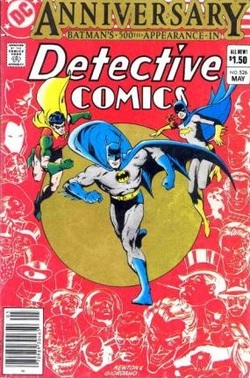 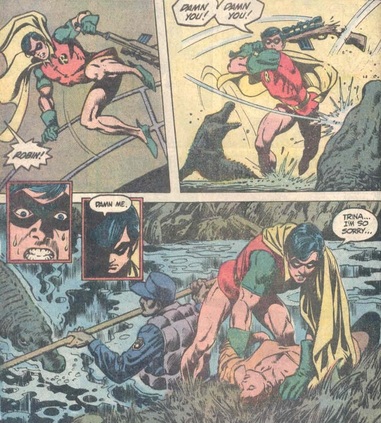 Detective Comics #526, May 1983
Like Dick Grayson, Jason Todd is the son of circus acrobats, Joseph and Trina Todd, who are killed by Killer Croc. 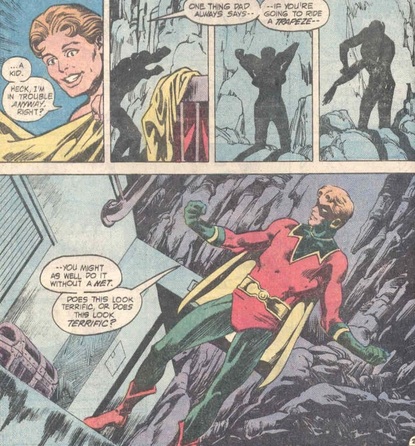 Detective Comics #526
Meanwhile, back at Wayne Manor, Jason, who is waiting there to hear something from Dick and his parents, wanders around and finds the Batcave. And some old circus costumes that belong to Dick Grayson. 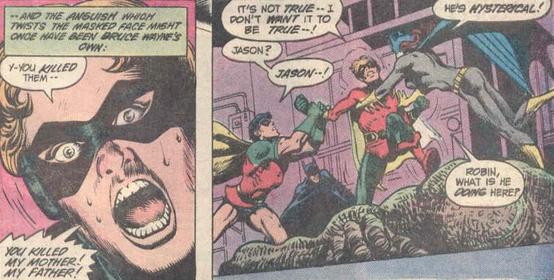 Detective Comics #526 (May 1983)
Jason tracks down Batman, Robin and Batgirl and helps defeating Killer Croc. Then he hears what happened to his parents... 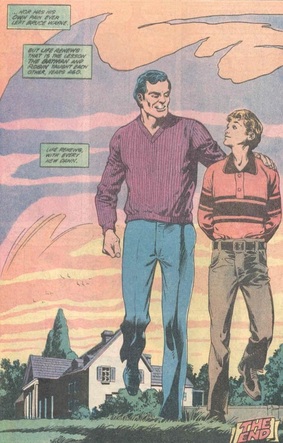 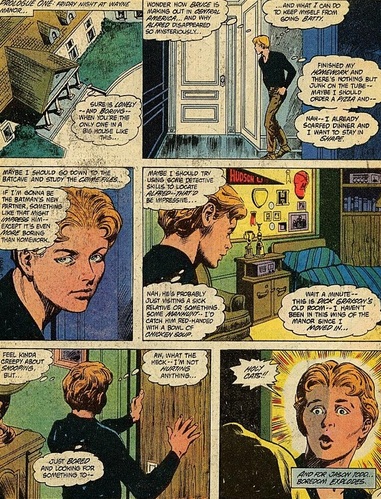 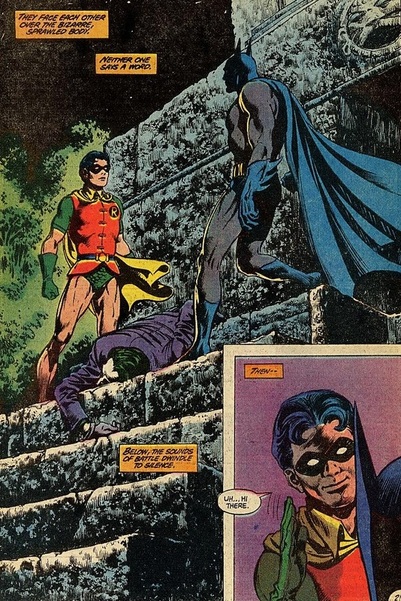 Batman #366 (1983)
Jason surprises Batman when he comes to help him beat the Joker, dressed as Robin. 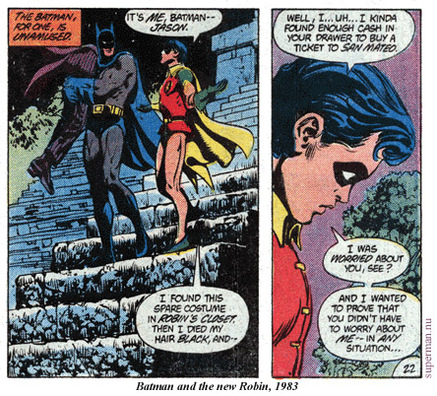 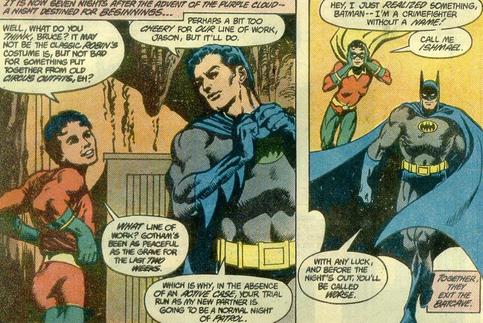 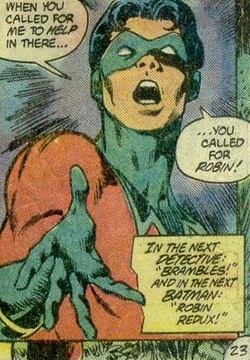 Batman #367
However, Batman still calls for Robin when he needs assistance.

Settling with a new name... 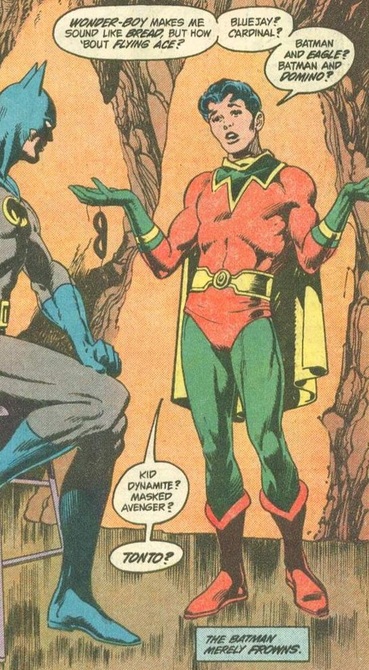 Passing on The Mantle of robin 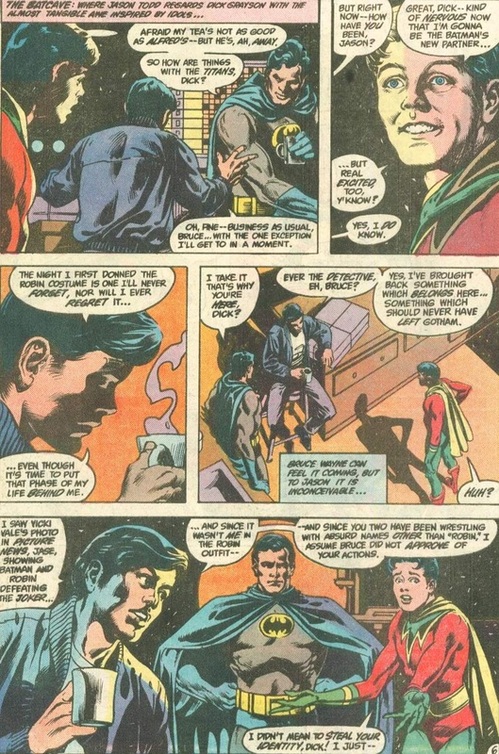 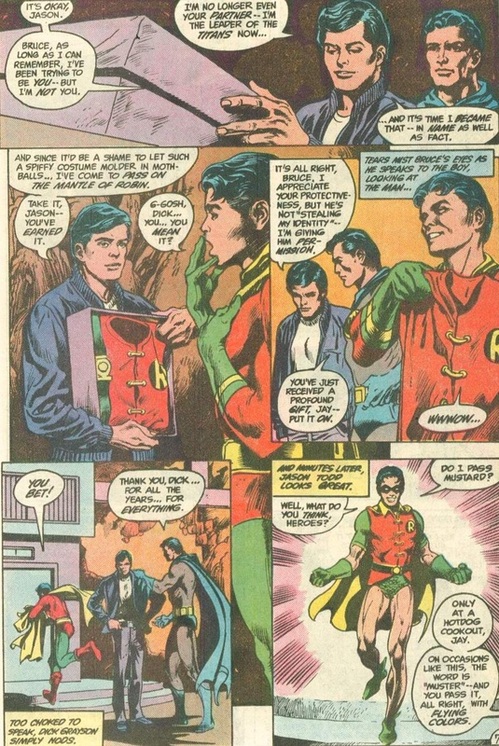 Batman #368
Just like the Robin of the 1940s through 1960s, the first Jason Todd was occasionally impetuous and immature. He made mistakes, and showed more emotional reactions than Batman. He was, after all, still a kid.

In that period, each superhero comic usually had a complete adventure in one issue, but subplots extending over many months. The first Jason Todd became the object of a custody battle between Bruce Wayne and Natalia Knight, the criminal Nocturna; basically, he went undercover as her adoptee. Again, that plot emphasizes how Robin is still a child at that point. 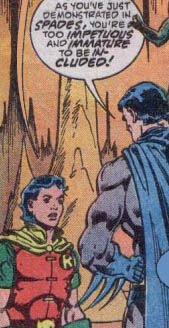 In Alan Moore and Dave Gibbons’s terrific Superman story, “For the Man Who Has Everything” (1985), an extraterrestrial conqueror dismisses Jason as “the little yellow one.” Yet who saves the world in the end? That tale is the first Jason Todd’s finest hour. 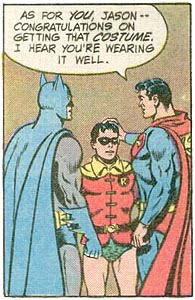